A downloadable game for Windows and macOS

A short vignette sketch of a game-thing in reaction to a collection of stories from residents and activists involved in Sweets Way Resists, made by Hannah Nicklin and George Buckenham.

You can also download a PDF of a zine, edited by Hannah, collecting the transcripts from the interviews, giving a timeline of the occupation, and beautifully edited by Lizzy Stewart.

The game can be played using a mouse. It is a game for listening, please wear headphones, or play in a quiet place. Any questions, ask @hannahnicklin.

In February 2015 a group of residents, facing eviction to make way for the 'regeneration' of their estate, got together with activists from other housing campaigns, and local supporters, to resist their eviction, and the demolition of their 142 homes. On the 28th of February 2015 a meeting of over 40 people was held, and they collectively decided to occupy part of the estate.

What followed was 7 months of activism at Sweets Way. A large number of people were part of what came to be called Sweets Way Resists. Some tangentially or momentarily, some residents, some activists and legal experts, some from other housing campaigns across London, local supporters, and eventually a band of squatters who formed the connected 'Sweetstopia', also made up of a mix of people and aims.

About making this game:

On the 8th and 9th of February 2016 I interviewed a small number of (self selecting) members of Sweets Way Resists, as part of a small R&D project with George Buckenham, supported by a Utopia commission by LIFT and by Arts Council England's Grants for the Arts.

In May, we spent a week thinking through how we could use game tools to tell their stories. This game is one of the small experiments that came out of that week. It can be played using a mouse. It is a game for listening.

We imagine that further development of the idea would include several vignettes – one might be made entirely of the art of the children of the resistance, or focus on Shireen's two boys trying to keep their possessions dry as bailiffs evicted them, or on banner making, or flyering outside the Waitrose. That an installation might be built out of the materials (SITEX, brick, turf) of the estate that housed these small vignettes. It would also probably include better art and actual UIs/menus.

Mac users will need to right click (ctrl+click) on the app file in finder, and select 'open' and then approve opening a file from an 'unknown developer'. To quit, use the shortcut to quit a program (command+q).

The game can be played using a mouse. It is a game for listening, please wear headphones, or play in a quiet place.

If in doubt, add fuel to the fire.

The windows version doesn't work. It says "Data folder not found" / "There should be 'sweetsway_bonfire_Data' folder next to the executable" .

Ah, sorry! Had no way of testing the windows version, will try again

No problem. I'm looking forward to playing the game. It would be good to have a 32-Bit version of the game, as a 64-Bit version won't work on all windows computers (e.g. my laptop has just a 32-Bit Windows 10 OS).

I've not got control of the export, as it wasn't built on my computer, George will have to re-export and he's on holiday. (Hence not knowing that the exe file alone wasn't what Windows should be). It's really a tiny little experiment though, and not really worth optimising for everything! The Zine is the thing I hope people read.

(having said that, for accessibility we're going to try and get up a web player version when George gets back from holiday as many of the people involved in the making of it don't have computers, but do have phones)

Thanks, it works now. :) Yes, it must have just been the missing folder. I really like the concept of the game and the idea behind it. Formally it remembers me a bit of the installation in the pool, you've talked about in your presentation. Listening to the peole in the game and reading them and more about the project in the zine is a good package. 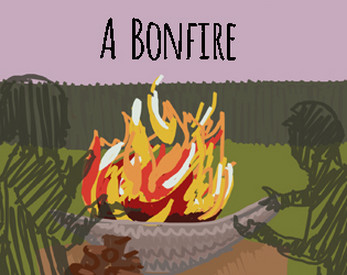